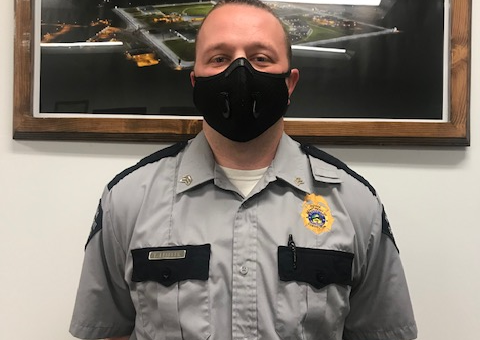 Sergeant Leffler began his career with the Indiana Department of Correction (IDOC) at WVCF as a Correctional Officer in November 2018.  During his time as an officer he has primarily worked in K Housing Unit (KHU), but also spent time in P Housing Unit (PHU), the South Yard and the Custody Control Unit (CCU).  He has gained a wealth of knowledge dealing with the more challenging offender population in CCU and the Special Needs Unit (SNU) in KHU.  In addition, Sergeant Leffler is trained on shotgun, rifle, and handgun.  He is also certified as a Transportation Officer, a Certified Treatment Specialist (CTS), and a Quick Response Team (QRT) member.

Sergeant Leffler has demonstrated his ability to meet and even exceed the demands of his custody role time and time again, as was recognized when he was awarded Rookie of the Year.  Major Russell stated the following concerning Sergeant Leffler’s promotion. “Sergeant Leffler has displayed good leadership skills during his time at WVCF.  I believe that he will prove to be an asset to our leadership team.”