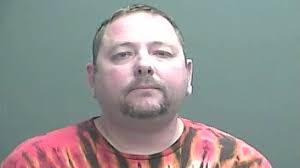 (BICKNELL) – The Bicknell Board of Works accepted the retirement of Police Chief Terry Stremming Tuesday at a public meeting at Bicknell City Hall.

Stremming has been on administrative leave since his arrest in April of last year.

Indiana State Police arrested Chief Stremming after receiving a call from the Knox County Prosecutor’s Office regarding an incident at their office.

The incident began after a Bicknell police officer went to the Knox County Prosecutor’s Office and turned over a laptop that possibly contained evidence of officer misconduct.

State Police said Chief Stremming arrived at the prosecutor’s office and reportedly demanded the laptop back. He allegedly attempted to remove it from a desk.

That is when, 51-year-old Rose Archer, an investigator at the prosecutor’s office, put her hands on the laptop to prevent Stremming from taking it.

Troopers said Chief Stremming allegedly put his hands on Archer and attempted to push her out of the way. Stremming then left the prosecutor’s office without the laptop.

Stremming was arrested later in the day on charges of official misconduct and battery. He was released from the Knox County Jail after posting bond.

Meanwhile, a second disciplinary hearing for Officer Jacob Fischer is now set for Tuesday, May 19.

Fischer has been on administrative leave since February of this year.