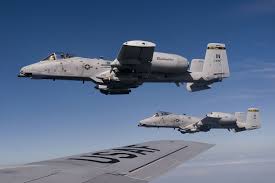 (INDIANAPOLIS) – While the weather wasn’t cooperative in allowing airmen from the 122nd Fighter Wing to salute folks on Thursday, the Air National Guard took that as an opportunity to add several new locations for the flyover now scheduled for Saturday.

Now, four A-10 Warthogs will fly over Indianapolis, as well as Terre Haute, Muncie, Lawrence, and Franklin Indiana.

Here is the new flight path:

Air Force Salutes flyovers are a way for the Air National Guard to show appreciation to the thousands of heroes at the front line of battling COVID-19.

The flyovers are also intended to lift morale in cities across America due to the severe health and economic impacts that have resulted from COVID-19.