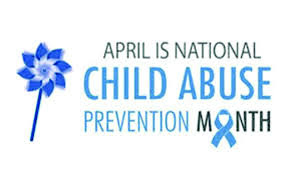 (UNDATED) – April is Child Abuse Prevention Month, which presents an opportunity to remind Hoosiers that it takes everyone to help create healthy environments for children.

Children deserve every chance to grow up in safe families and communities. Children are the most vulnerable among us and keeping them safe takes an effort from everyone in our state, from parents and grandparents to community leaders like prosecutors and lawmakers.

This April, the Indiana Prosecuting Attorneys Council is proud to highlight a new law that will greatly help child victims of sexual assault caught up in the judicial process. Senate Enrolled Act 206, which became law in March, eliminates the mandate for a deposition of a child victim in a sexual assault case.

The bill was authored by Sen. Mark Messmer, R-Jasper, whose leadership and passion on this subject helped guide the bill through the Indiana General Assembly with near unanimous support. The bill passed the House unanimously and cleared the Senate by a vote of 49-1.

“According to the Rape, Abuse and Incest National Network (RAINN), one in nine girls and one in 53 boys under the age of 18 experience sexual abuse or assault at the hands of an adult, often causing lasting mental health challenges,” Messmer said. “I’m grateful this legislation is now in place to help support young Hoosiers who have been victimized and to prevent them from having to relive their traumatic experience repeatedly during the legal process.”

Being victimized by sexual assault is traumatizing enough, especially as a child, but victims were also forced to re-tell their horrific experience over and over again in forensic interviews and depositions. Oftentimes, the alleged perpetrator was in the same room as the victim during depositions. Not only did this process re-traumatize children, but it also led to the families asking for plea deals or asking prosecutors to stop pursuing the case in order to protect the child. Thanks to Sen. Messmer’s leadership, depositions in these kinds of cases will no longer happen, except in extremely rare circumstances, such as the victim not being available to testify during a trial.

“We were honored to come alongside Sen. Messmer and work to get this law passed,” Chris Naylor, IPAC Executive Director, said. “This is a significant step forward for victims in Indiana.”

In this new age of COVID-19, it is especially important to do everything possible to watch out for the most vulnerable among us. With more people obeying stay at home orders, there has been a spike in domestic violence and child abuse calls and statistics tell us that many more are likely going unreported.

If you suspect a child is being abused or neglected, don’t wait. Call the Indiana child abuse hotline at 800-800-5556 to make a report.

Together, Hoosiers can all do their part to protect Hoosier children.