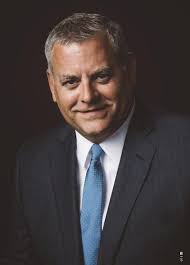 (BEDFORD) – Due to COVID-19, the current restrictions on hearings scheduled to be held in the Lawrence Superior Court 1 are extended at least through May 1st.

The Court will only conduct hearings that are absolutely necessary (i.e. defendant in jail and needs an initial hearing as a matter of law, and/or any hearing likely resulting in an immediate release from incarceration).  In those cases, the defendant will not be transported to court from the jail but shall appear by the court’s videoconferencing service, court call, or some other court-approved video conferencing service.  In those cases, counsel shall notify opposing counsel and the court about the necessity of holding such a hearing by Court Call or by other video conferencing service at least 24 hours in advance of the hearing. Only two lawyers at a time shall be permitted inside the courtroom at any given time.

Criminal Trials:  All criminal trials set in April will be continued.

Family Law:  Most, if not all family law hearings in the month of April will be continued.  In the event that a true emergency exists regarding child-related matters, the Court may hold a brief, emergency hearing.  The rules limiting only two lawyers in the courtroom at a time shall apply.  To the extent possible, Court Call or other video conferencing services shall be utilized to keep others out of the courtroom. If there is a need to deviate from these directives, counsel should contact Judge Plummer at the Lawrence Superior Court 1 at least 24 hours in advance of the scheduled hearing.

The Court will issue further directives in the upcoming days/weeks as necessary.

“Thanks to everyone for your cooperation,” said Judge Plummer. “Please utilize social distancing and stay healthy!”