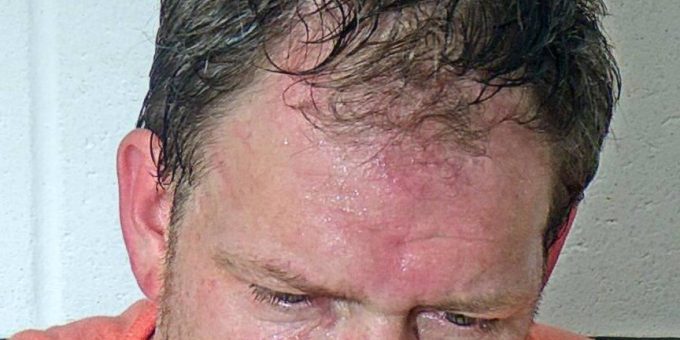 (BEDFORD) – A Bedford man was arrested after Bedford Police officers were called to Stalker Apartments after a report of a domestic dispute in the hallway.

When officers arrived they spoke to a female who reported she had been in a domestic argument with 40-year-old William Harrison who had left the scene.

An officer outside of the building was approached by a male who told police Harrison had run towards the alley.

“Next to Harrison was a backpack and in plain view was drug paraphernalia and several baggies with crystal-like substance,” says Chief Terry Moore. “Harrison was taken into custody. While searching Harrison’s backpack officers located more than seven grams of heroin, over nine grams of meth, and some pills that later were identified as Schedule 2 controlled substance.”