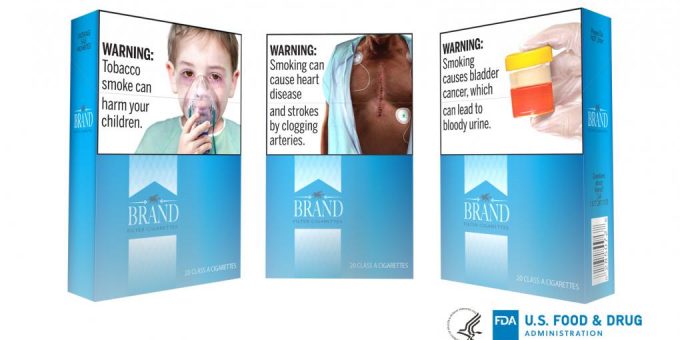 The eleven warnings feature text statements accompanied by photo-realistic color images depicting some of the lesser-known, but serious health risks of cigarette smoking, including impact on fetal growth, cardiac disease, and diabetes.

Once implemented, the warnings must be randomly and equally displayed and distributed on cigarette packages and rotated quarterly in cigarette advertisements.

In addition, FDA has issued the guidance “Required Warnings for Cigarette Packages and Advertisements Small Entity Compliance Guide,” which will assist small businesses in understanding and complying with the final rule.