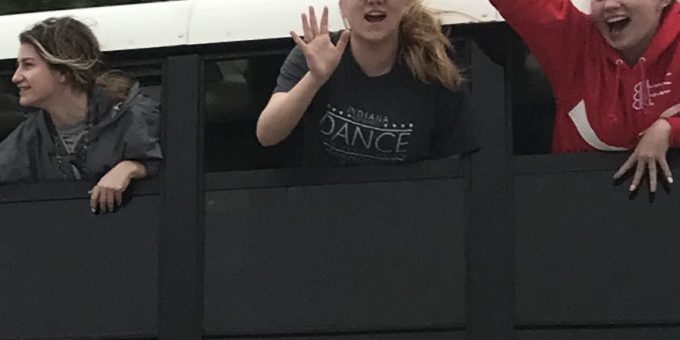 (MITCHELL) – The Mitchell Police and Fire Departments met and escorted the Mitchell High School Stingerz Dance Team as they were heading back to Mitchell from the NDA National Competition in Orlando, Florida.

On Saturday night, the jazz finals were held. The girls placed 21st out of 47 teams. The team also performed in the finals with their pom and kick routines and placed fourth and fifth, respectively.

The public greeted the Mitchell High School Dancing Stingerz at Burris and Hatfield Elementary Schools and was lined along Hancock Avenue cheering and congratulating the team on a job well done.

The team will also be competing in the State Week competition and are prepared to take home more trophies and accomplishments.

The community supported the team through fundraisers and financial contributions.