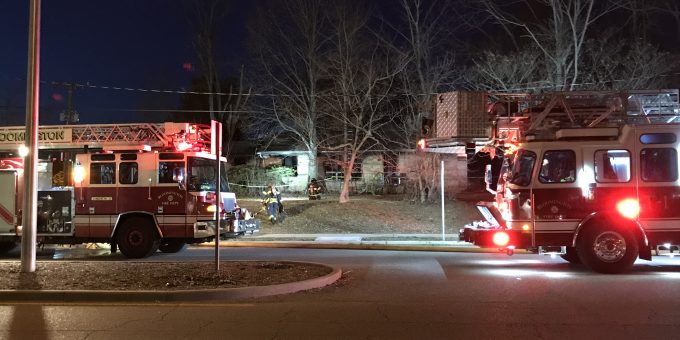 (BLOOMINGTON) – The Bloomington Fire Department responded to a fire at a vacant home in the 2400 Block of West Third Street on Tuesday evening.

The alarm came in at 6:25 p.m. Tuesday. Firefighters from three fire stations responded to the call.

This is the second time firefighters responded to a fire at this vacant home. The first time was just over a month ago.

Firefighters were able to quickly bring the fire under control. Officials say there were no threat to nearby structures.

There were no reports of injuries. An IU Health Ambulance also responded to the blaze.

The fire remains under investigation. Bloomington Firefighters received information that homeless individuals were using the home for shelter.