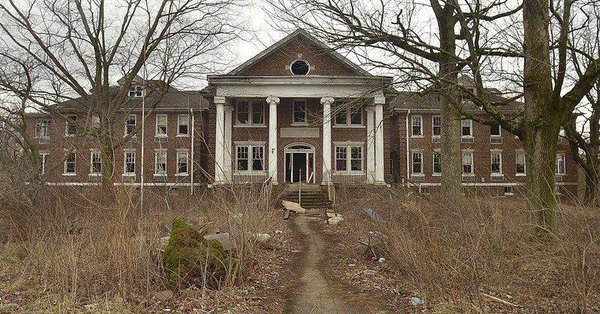 (PARKE CO.) – A former county facility, Parke County Poor Asylum, is up for sale for $200,000. There is, however, a catch – it is considered one of the most haunted buildings in Indiana.

Constructed in 1930, the building was built in a Gothic/Greek Revival style. Sitting on a massive piece of land, around 6.2 acres, it is being sold either as a residential or commercial property. The number of rooms in the building is yet to be listed. The three-story building was originally built to provide a place for the people who had no income, who were unemployed, widows, orphans, and also served as a shelter for those who were suffering from mental illnesses.

The facility was closed in 2009 due to owners not paying taxes and was officially closed by the state in 2010. The current owner realized that the time has finally come to let the house go.

The abandoned asylum has been left vacant for about a decade now and anyone who buys the property can expect to have to take on some major renovation and restoration. One more building named ‘cell house’ is situated behind the building and you can still see the bars on the windows.

The property is listed as a county home and that could expedite its listing on the National Register of Historic Places.