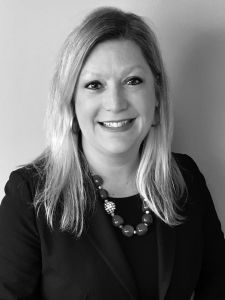 The event is free and open to the public.

Adams has practiced immigration law for more than 15 years and has worked with all types of immigration cases for universities, corporations, and individuals. She previously served as Associate General Counsel for immigration at Indiana University. She is past chapter chair of the American Immigration Lawyers Association (AILA) Indiana Chapter, past president of the Board of the Immigrant Welcome Center and the Mexican Scholarship Fund in Indianapolis, a former consultant for the National Immigrant Forum in Washington, D.C., and has been recognized for her advocacy work in immigration, both locally and national

The keynote will be followed by a panel discussion featuring Joseph Fuschetto, Lillian Casillas, and Pete Lenzen. Fuschetto is second generation immigrant and attorney at Bunger & Robertson, where he practices immigration and business law. Casillas is the La Casa/Latino Cultural Center Director at Indiana University. Lenzen is board member for Bloomington Support Network who has lifelong experience coordinating refugee resettlement.

About Ivy Tech Community College
Ivy Tech Community College (ivytech.edu) is the state’s largest public postsecondary institution and the nation’s largest singly accredited statewide community college system.  Ivy Tech has campuses throughout Indiana. It serves as the state’s engine of workforce development, offering affordable degree programs and training that are aligned with the needs of its community along with courses and programs that transfer to other colleges and universities in Indiana. It is accredited by the Higher Learning Commission and a member of the North Central Association.