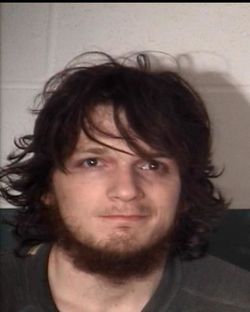 (BEDFORD) – Last week, 26-year-old Joseph Glover, of Heltonville, was sentenced to six years in prison after pleading guilty to neglect of a dependent resulting in serious injury to a baby.

In April 2018, Glover was arrested on a warrant after a baby was seriously injured in April 2017.

The baby was rushed to Riley Hospital in Indianapolis, where medical staff determined the injuries occurred during two separate incidents.

Longest then told police that on April 14, 2017, she had attempted to enter the baby’s room and found it locked. She told police she eventually got into the room and noticed more bruises and swelling on the baby’s face. Grover asked Longest not to take the child for treatment.

According to the affidavit, Longest told police she allowed Grover to care for the child even though she knew he was taking drugs at the time.

Longest, 26, is facing one count of neglect of a dependent resulting in serious injury, a Level 3 felony. A pre-trial is set for Feb. 18th and a jury trial is set for March 9th at 8:30 a.m. before Judge Plummer in Lawrence Superior Court I.