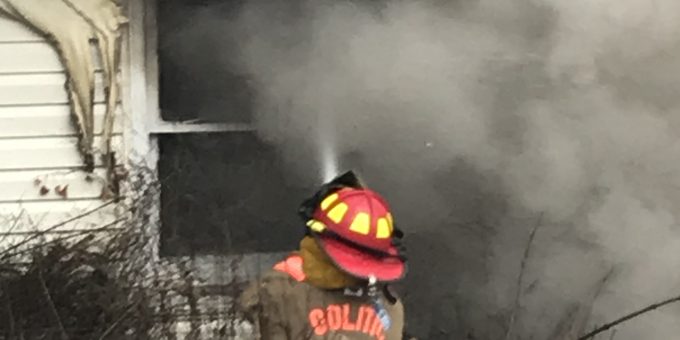 (OOLITIC) – Firefighters from Oolitic and Shawswick Fire Departments responded to a garage fire in the 100 Block of 7th Street around 3:05 p.m. Saturday.

“I had just taken someone to work when I returned to find the garage on fire,” said Melanie Bridges.

Firefighters were able to keep the blaze in the garage from spreading to the home.

Five fire engines responded to the blaze. Firefighters laid lines in from two nearby fire hydrants.

Lawrence County Police deputies responded and kept motorists from driving over the fire hoses. A motorist almost drove over a supply line from the hydrant to the fire engine.

Fire officials want to remind the public that it is against the law to drive over a fire hose. It also poses a significant safety issue should the fire hose bust while firefighters are inside a structure battling a fire. The driver was using a cell phone and not paying attention when this incident occurred.

The Oolitic Fire Department has not determined the cause of the blaze.

AMR Ambulance Service also responded to the blaze with their ambulance crews assisting with fire hoses until more fire personnel could arrive.

No injuries were reported while fighting the fire.