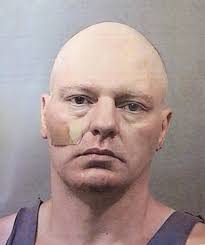 (CROWN POINT) — An Indiana man on Thursday pleaded guilty but mentally ill in the 2016 strangulation death of a radio personality and her daughter.

James Lohnes, 48, of Crown Point pleaded guilty to two counts of involuntary manslaughter and a count of auto theft. Video surveillance shows him walking with Velia Taneff, 86, before she and daughter Lana Taneff, 63, were found dead Jan. 17, 2016 at Velia Taneff’s property in Calumet Township. Lohnes was arrested a week later in Ohio, driving Velia Taneff’s auto.

Lohne’s court-appointed attorneys, Nicholas Barnes and Mark Chargualaf were seeking to suppress the surveillance video, writing in court filings the footage was missing large sections and had incorrect timestamps. They argued no one would be available to offer testimony establishing a proper chain of custody. The installer of the surveillance system on Velia Taneff’s property died while the case against Lohnes was pending.

In response to Lake County Supervisory Deputy Prosecutor Mark Watson’s questions, Lohnes admitted he was mentally ill and not taking his medications when he killed the two women. He told Judge Samuel Cappas he was taking medication as part of his treatment at the Lake County Jail and they helped him understand court proceedings.

The plea of guilty but mentally ill means Lohnes will be evaluated and could be placed in a state mental health facility for part of his sentence. Cappas scheduled a sentencing hearing for April 3.