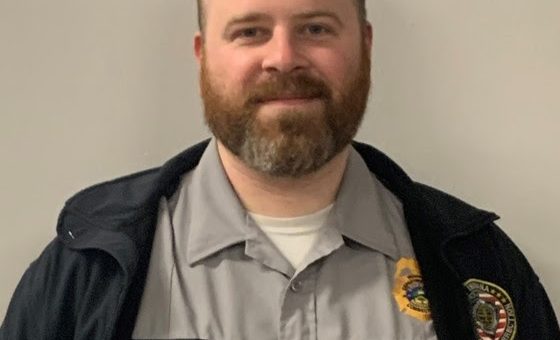 Earl began his career as a Correctional Officer with the Indiana Department of Correction (IDOC) on November 27, 2012.  During his time as an officer, he was assigned to a variety of posts at Wabash Valley Correctional Facility (WVCF) including Master Locations and Master Control, both of which have very specialized job duties.  He was also an adjunct instructor on J-Bracket providing In-Service classes to his fellow colleagues.

In addition, Earl obtained certification as a Quick Response Team (QRT) Member, a Drug Screen Officer, a Personal Protection Instructor, a CPR – First Aid Instructor, a Security Skills Instructor, a Suicide Prevention & Intervention Instructor and a Trauma Informed Care Instructor.  With such a long list of qualifications, it is hard to believe that he would bring even more to the table, but he does with prior time as a Combat Medic in the National Guard and time spent as an EMT.

Training Coordinator T. Rehmel stated, “Mr. Helton’s experience as an instructor and years of service with IDOC make him a welcome addition to the Training Department. We look forward to working with him.”