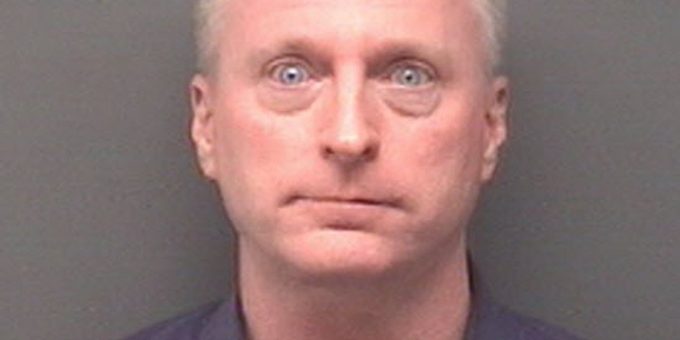 (NEWBURGH) – An Indiana attorney was arrested on drunken driving charges shortly after announcing his candidacy for the state Legislature.

Charles Richard Martin, who also goes by “Rick,” was arrested early Thursday after an Indiana State Police trooper pulled him over, according to WFIE-TV. The 50-year faced misdemeanor charges of operating a vehicle while intoxicated and was cited for speeding 65 mph in a 45 mph zone, among other things.

Martin has held several positions in the Republican Party. On Tuesday the attorney sent an email to supporters and journalists announcing his bid to succeed Republican Rep. Ron Bacon, who’s not seeking re-election, according to the Evansville Courier & Press. The district covers most of Warrick County, along with parts of Pike and Spencer counties.

He was alone in a car traveling on State Road 261 in Newburgh when he was pulled over. He failed field sobriety tests, according to state police. Results of a blood-alcohol test were expected within weeks.

Warrick County Prosecutor Mike Perry said he would request a special prosecutor in the case due to his office’s “close working relationship” with Martin.

Martin, who is an attorney for the Warrick County-based law firm Martin & Martin is due in court on Feb. 7.