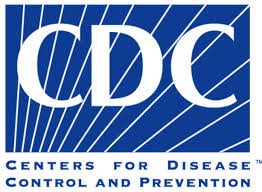 (CHICAGO) – A Chicago woman has been diagnosed with a confirmed case of Wuhan coronavirus. As of Sunday, the Center for Disease Controls has confirmed five cases in the United States.

Sixty-three people from 22 states are under investigation for the virus, health officials said Sunday.

The outbreak has been reported in five countries.

The Centers for Disease Control and Prevention reported the confirmed diagnosis in Chicago on Friday.

The CDC says the woman traveled to Wuhan in late December and re-entered the U.S. through O’Hare International Airport on January 13.

Officials say the woman is in isolation at a Chicago hospital, and she is doing well and listed in stable condition.

The CDC said the woman was not ill while traveling and believe she did not spread the virus saying she has had “limited close contact” with anyone since returning to the states.

Two cases have been confirmed in California, and one case has been confirmed in two other states — Arizona and Washington. All of the confirmed patients, who are currently being isolated in hospitals, recently traveled to Wuhan, China, where the virus was first detected, the CDC said.

Screening has begun at O’Hare airport for the virus. Officials say thermometers and other medical equipment will be used to test passengers traveling from China.

The first case of the coronavirus was reported in the U.S. on Tuesday in Washington state. The man recently traveled to China and arrived back in Seattle on January 15.