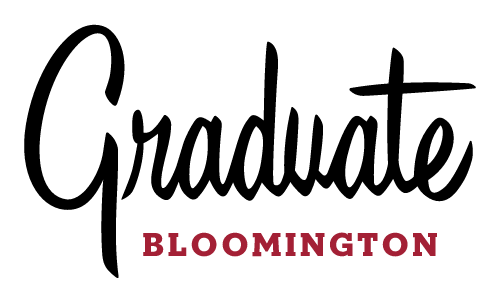 (BLOOMINGTON) – The City of Bloomington and Graduate Bloomington invite the public to a community gathering in celebration of the newly installed mural on the hotel’s western facade.

After a brief welcome from City officials and the introduction of the artists who created the mural, artist Nina Chanel Abney will lead a group of local students in an interactive art stencil project utilizing a technique similar to that used in the mural’s creation.

The event will be held today at, 9:30 a.m. at Graduate Bloomington, 210 East Kirkwood Avenue.

The City worked with AJ Capital Partners, the developer, owner, and operator of Graduate Hotels during the process of the hotel’s development to establish a public art component.  Created by nationally renowned artist Nina Chanel Abney, the 1,300-square-foot mural drawing inspiration from popular culture and the Bloomington community’s love for basketball was installed by the Library Street Collective on the hotel’s western facade in late fall 2019.

The Graduate selected Abney based upon the recommendation of the Bloomington Art Commission. Among her many public art commissions, Abney’s work has recently been installed in the Rocket Mortgage Field House, the Cavaliers’ arena in Cleveland.

Earlier this winter, Abney’s paintings were on view in 30 Americans, an exhibition of painting, sculpture, and photography by influential contemporary African American artists at the Barnes Foundation in Philadelphia.