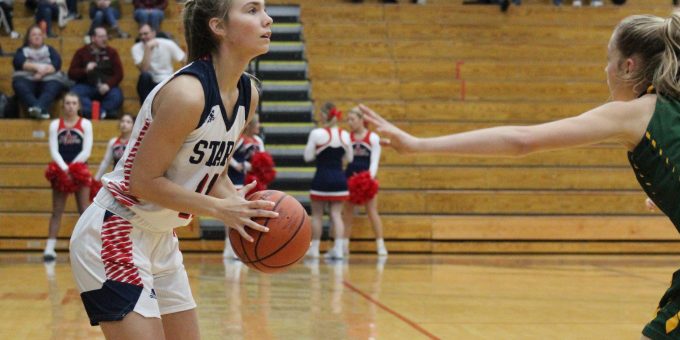 BEDFORD – Bedford North Lawrence junior Chloe McKnight has been named Player of the Week (Jan. 13-18) for District 3 by the Indiana Basketball Coaches Association.

In those two games, McKnight was incredible from long range, hitting 14 of 17 from the 3-point line. She also added 12 rebounds during the back-to-back performances.

The Stars will visit North Harrison on Thursday.