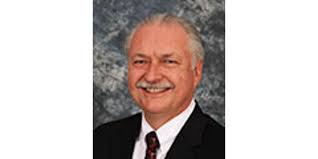 (FRENCH LICK) — For 100 years, Indiana Farm Bureau has stepped up.

“The history book shows it, time and time again, what’s made Farm Bureau effective: Our members. It’s the grassroots stepping up when they need to,” said INFB President Randy Kron. “We’ve got a lot to be proud of.”

Kron looked back — and ahead — during the INFB State Convention at the French Lick Springs Hotel in French Lick.

Kron was interviewed by Indiana native and Purdue University graduate Max Armstrong, who recently was inducted into the National Association of Farm Broadcasting Hall of Fame.

“The First World War had just wrapped up and a lot of young men were returning back home and they had seen the world, they’d had a lot of experiences and they weren’t wanting to come back to the farm necessarily after all they’d seen. The farm community at that time had relied predominately on manual labor, get the crops out, get it harvested. So, it was the start of the movement to get a little more mechanized and move to some farm machinery.

“Farming’s changed in 100 years tremendously. But there are a few things that stay the same, no matter what. In the history books, I noticed there were several farmers complaining about the high price of farm equipment in 1919. Wouldn’t they be shocked now?”

So, there was a need farmers felt to have a voice in Indianapolis and in Washington, D.C.?

“They had seen the war movement. They had seen how countries work together. They had seen how military branches and just individuals worked together and how beneficial that was. So, it was March 25, 1919, downtown Indianapolis in the Claypool Hotel in Room 369 Indiana Farm Bureau was established.

“One of the quotes in the book said one of the farmers there said: An organization of farmers, run by farmers, to protect the interest of farmers. I think that pretty well set the stage. That’s who Farm Bureau is. That says a lot.

“By the end of the first year, 81 of the 92 counties had organized and joined Indiana Farm Bureau. By the end of the next year, 65,000 members had joined. So, I think that shows there was a real need to have somebody advocating on behalf of agriculture.”

Not long after the organization was formed, women were involved, too.

“In 1925, the first woman was elected to our state board of directors. That was Edna Sewell from Benton County.”

Those were the seminal days when farmers needed to find a way to market crops collectively and join together to buy inputs.

“As you look through Farm Bureau’s 100 years, every time when there were problems, Farm Bureau has come up and tried to find solutions. That’s what we’ve done — finding solutions for challenges and problems for farmers for the last 100 years. In this case, they had challenges buying inputs.

“So, we started the Indiana Farm Bureau Co-op in 1926. That way, farmers could bundle their purchasing power and buy inputs better. It also was used on the sale and marketing side.

“The co-op system still exists. It’s a little different than it was back in 1926. But it’s played an important role of Indiana agriculture over the years.”

“Agvocacy” is what we talk about today. But the role of advocacy came along in the early days of Farm Bureau.

“We were advocates from day one, really. There were numerous times we had 5,000 or 10,000 people at the Statehouse. I read one time 15,000 members showed up to advocate for an issue. Sometimes it might be to stop an issue that’s going to be negative to agriculture.

“We do it a little different now. Instead of having 10,000 or 15,000 people show up, we use a tool called VoterVoice. It’s an electronic means. So, we can deliver a couple thousand emails within maybe hours or within a day or two to touch our legislators and let them know what’s important and tell our story.

“But the face-to-face is still really, really important. So, instead of having the big groups, nowadays we’ll have 10 to 20 or maybe 50 people each and every day show up at the Statehouse when they’re in session telling their stories. Advocacy is just as important today as it was in 1919.”

During those first few years of Farm Bureau in Indiana, you didn’t see much across the countryside at night, other than the glow of a kerosene lantern. Then rural electrification came along.

“It was in the mid-1930s, the rural electrification legislation was passed unanimously. Farm Bureau was the lead on that. Just think about that time, bringing electricity to our farms. It revolutionized and changed the face and the way we operated. It’s been an important part of who we are — no different than broadband, the issue that we’re fighting right now trying to get everybody on a level playing field.

“Through the years, there’s been a lot of legislation that we’ve been a part of, whether it’s been reform of property tax, or reform of income tax. One of them that I’m really proud of and I think helped change agriculture quite a bit is our support and push to get the veterinary school started at Purdue.”

The need to insure was important back in the early days, not too long into the formation of Indiana Farm Bureau.

“Our members were struggling finding insurance to insure their farms, insure their livestock, their buildings, farm equipment. So, Farm Bureau stepped up. Our board at that time was quite visionary and started Indiana Farm Bureau Insurance. The first policy was written in 1935. We’ve been protecting farmers ever since then.”

You’ve done some heavy lifting, but you’ve had some fun through the years, too.

“I’ve always said that Indiana Rural Youth was FarmersOnly.com before its time, or before we had the internet. My mom and dad met through Indiana Rural Youth. My sister and brother-in-law did. It’s a great organization. There’s a social aspect, but also leadership development. It’s a very important part of our history.”

The membership growth over the years has been substantial. In fact, this organization reached that milestone of a quarter of a million before everyone else, correct?

“Yes, we did. Membership was important from day one. It’s always been a priority. It’s important that we reach out and make sure we are bringing in new members. I am proud to say that this year is the fourth year in a row that we have gained total membership — it’s 262,898 members in this organization.

“Membership is the foundation of who we are. It’s the grassroots. We have a lot of volunteers that go out and ask people to join and be members, and it’s important that we have a diverse group.”

Another milestone was in 1983 with the establishment of the organization’s political action committee.

“I think we’re pretty blessed in Indiana. Our legislature and our congressmen and congresswomen have always been fairly supportive of agriculture. Sometimes we don’t realize how lucky we are here.

“We started the PAC, and I know sometimes that’s a dirty word, but I think it’s important and it’s played an important part. We’ve been successful. We’ve had a lot of successes because of Indiana AgELECT and our supported candidates. They appreciate what we do. It’s paying back and showing appreciation for what they do for us in helping get positive, strong legislation for agriculture.”

The Indiana Agricultural Law Foundation has come along subsequently. What role does it play?

“We were seeing good legislation being turned upside down through litigation, and we realized there’s no one farmer that’s got the pocketbook or the financial ability that could come and fight lawsuits like this. This is a way to accumulate dollars, volunteer donations from a lot of our members, so that we could help fund precedent-setting cases. There are a lot of different cases that we’ve funded over the years, but probably the most important is how we’ve defended the Right to Farm here in Indiana.

“We’ve got a really good Right to Farm law, but it’s been challenged. It was challenged a few years ago in Gibson County and then just currently right now in Hendricks County at a hog farm. So, we have to be helping to make sure that the good work that we’ve done on the legislative side doesn’t get overturned through the court system.”

We can’t rest on our laurels. Peer into the crystal ball and give us a look at the future.

“The one thing that I think is going to be very important is making sure we have a unified voice from agriculture. Think back 30 or 40 years ago. All our farms were pretty universal. We had some livestock. We had some row crops. So, the issues were the same for everybody, and it was easy to keep a unified voice.

“Nowadays, think about the diversity, from the local to organic to non-GMO. There’s a big array of issues out here. Farm Bureau’s role, the way I see it moving forward, is going to be making sure we have a unified voice. It’s united we stand, divided we fall. If we’re going to remain effective the way we have the last 100 years, we’re going to have to be speaking together.”

Health insurance remains a big challenge for many members. What is Indiana Farm Bureau doing?

“I don’t go to many meetings that somebody doesn’t stop and talk to me about the cost of their health insurance and what their premiums are. Multiple times I get asked, ‘Is there anything Farm Bureau can do? Can you help me? I need help.’

“We’ve done a lot in this last year, dozens and dozens of meetings, hundreds of hours put in trying to do research. We’ve had a consultant help us. Also, we did a survey. There was a lot of great information that came out of that survey. But, to me, there are probably two main factors. One, the cost of health care is adversely affecting our family farms severely. It’s hitting their bottom line terribly. Two, we have to be able to have a product that gets down to the sole proprietor, the individual.

“We can’t find a product out there or a means to be able to deliver a product that fits within the current legal structure, or framework. It is going to take a legislative change. This is Farm Bureau’s No. 1 priority. We will be in the Statehouse, and we’re going to be trying to make a change to legislation so that we can bring a product that’s more affordable and will get down to the sole proprietor so it can help our family farms.

“This is a big deal. It is going to take a huge effort on our members. The grassroots are going to have to step up. They’ve done it time and time again.”