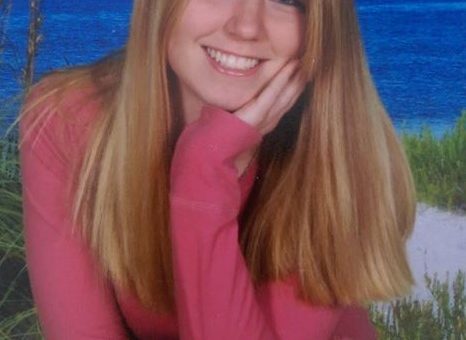 (BLOOMFIELD) – On New Year’s Eve in 2014, 18-year-old Marina Boelter disappeared. She was last seen near the Bloomfield IGA.

Every year that passes leaves her family heartbroken.

“Our hearts break all over again every New Year’s Eve. While others celebrate the coming of a new year, we mourn. We don’t even know what happened to her, where she is, whether we’ll ever see her again… it’s impossible to celebrate when we have such pain in our hearts.”

According to detectives, Marina was last seen around 6 p.m. leaving the grocery store.

D.J. Lockhart, Marina’s former boyfriend, and father of her young son Landen, told police he saw Marina being driven away from the store by an older man.

Lockhart told police Marina got into a silver, beige or gold 2009 to 2011 Mercury Milan with multi-spoke rims, a spoiler, and a shark fin antenna at the top, driven by a middle-aged Caucasian male with glasses. They apparently drove off in the direction of Boelter’s apartment.

Boelter’s companion, who has not been publicly identified, told police Marina said she would attend his house party later that evening, but she didn’t want him to know where she lived and asked to be dropped off at a closed-down pizza restaurant.

She has never been heard from again.

Boelter was reported missing after she failed to show up for work at the IGA the next day. She also missed visitation with her young son.

“Trying to get through each day without any answers or clues to what happened to her is its own form of torture. Someone out there knows what happened, someone knows where we can find her. Please release us from this terrible Hell and bring us peace. We deserve to know. I pray that 2020 brings us clarity and closure.”