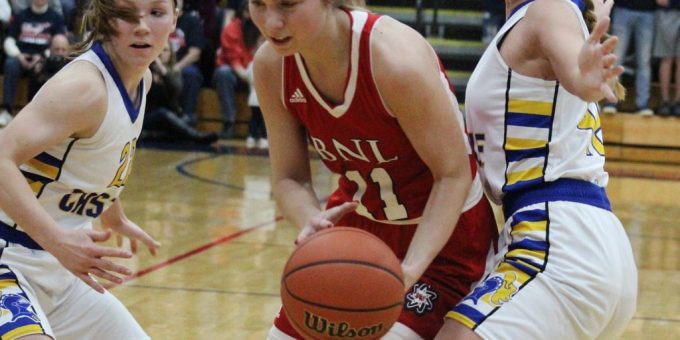 (BEDFORD) – Few programs, since Bedford North Lawrence’s return to state elite status the past 15 years, have enjoyed sustained success against the Stars.

Castle holds a double distinction. Only a handful have conquered BNL twice in one season (Columbus North in 2011-12), only a couple have beaten the Stars three straight times (North Central owns a current streak). The Knights have done both.

That’s why Saturday’s road trip to Castle has been marked in red ink on the BNL schedule for months. The Stars (11-4) will seek revenge for the blood the Knights spilled.

Last season, Castle twice edged BNL, both times in BNL Fieldhouse, and the second really stung as the Knights rallied to win the Class 4A regional championship. The Stars are bent on vengeance, certainly a source for motivation, although that won’t be easy against the current Knights (10-6).

BNL has been a razor, cutting through competition since falling to North Central and Jeffersonville on back-to-back nights in late November. The Stars have won eight in a row against Indiana opponents, doing so impressively. They have visions of running the table to the state tournament, which means this challenge (with only two more road games remaining) is key to meeting that goal.

Castle lost some vital elements from the regional victors, most notable among them center Jessica Nunge, but it features the next-generation star in sophomore Natalie Niehaus, who’s averaging 23 points per game. She burned BNL twice last season, totaling 18 in the regular-season win and 11 in the postseason clash.

“They’re a very good team,” Allen said. “They play hard defensively and she’s a very good guard, and she can post up. That makes her a multiple threat.”

“I feel we have an advantage with Maddie (at 6-foot-3 in the post, with Castle’s lineup all listed in the 5-9 range),” Allen said. “I don’t think they have a match for her. Hopefully that’s a strength for us.”

BNL’s defense has also been solid. The Stars are allowing only 42.1 points per game, and they’ve held three opponents under 25, including the most recent victim Bloomington North on Tuesday night.

Castle’s losses have been against quality teams, including ranked powers Jeffersonville (at full strength in the opener), No.1 Lawrence North and No.3 Crown Point in 4A, plus 3A No.2 Evansville Memorial and 3A No.3 Gibson Southern. That’s a schedule with a lot of potential pitfalls but one to prepare the Knights for the BNL revenge invasion.

The Knights bounced back from last week’s 63-49 loss to Memorial with a 67-29 blitz of Evansville Reitz on Thursday.

Game notes: Castle was the first team to beat BNL twice in one season since Columbus North in 2011-12. The Knights have won three straight in the series.