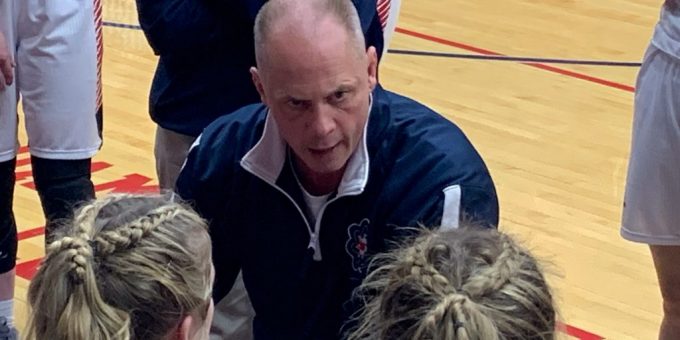 BEDFORD – Jeff Allen called it “the mystery of coaching,” the late-season malaise that can strike without warning as a basketball team’s energy starts to wane and the enthusiasm drain leads to poor performances.

Bedford North Lawrence suffered through such a stretch last season. Allen wants to avoid a slippage now, as the surging Stars make the pivot toward the final weeks of the regular season and catch a glimpse of the final destination – the state tournament.

The Stars (10-4) will make the middle trip of their current three-game road swing on Tuesday night when they visit Bloomington North (5-9). BNL has won seven straight games against Indiana competition and eight in a row against the scuffling Cougars. Now is not the time for a step backward. Time to polish on the current shine.

BNL broke out from a two-week holiday break with a 60-55 win over East Central on Saturday afternoon, maintaining the momentum it generated with quality December victories. The schedule time-out acted like an in-game time stoppage, allowing the Stars to catch a breath and climb the wall rather than crash into it.

“I’m really not worried about that with this team,” Allen said. “We had a two-week break, got in some good practices and some down time, and I feel like we have fresh legs. I like the way we’re playing. We’re playing hard, staying focused. The kids have goals in mind.

“It’s easy to get drained mentally, but I don’t see that now. We’re pretty sharp. We have good leadership and good chemistry.”

The most immediate goal is a conquest of the Cougars, who split games with Indian Creek (a 51-41 win) and North Harrison (a 49-46 loss) in a one-day tournament at Indian Creek as their first action since Dec. 19. They will feature senior guard Ainsley Urbanski, who’s averaging 18.3 points. She scored 26 last year against BNL, although the Stars withstood that with 24 from Jorie Allen and 21 from Chloe McKnight during a 64-50 win.

“They played us well last year and she played well,” Allen said of Urbanski. “She’s the driver and engine for them. We’ll have to make it difficult for her.

“It’s important that we play at a high level, on the road. Good teams play at a consistent level. We have to have the same type of performance. We want to build into the tournament, and I like our focus right now.”

The Stars displayed outstanding balance at East Central, with four double-figure scorers, headlined by freshman Karsyn Norman with a career-high 17. Three of them – McKnight, Madison Webb and Irye Gomez – are averaging that level.

Last meeting: Last year at BNL, the Stars prevailed 64-50. Jorie Allen had 24 points and Chloe McKnight added 21 for BNL, while Ainsley Urbanski totaled 26 for the Cougars.

Game notes: BNL has won eight straight in the series. North’s last winning season came in 2010-11. BNL is ranked 15th in the latest IBCA poll, which does not separate by classes.