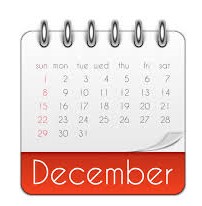 (UNDATED) – In December 2019, a Salem man’s murder conviction was overturned by Indiana Court of Appeals after police violated his Miranda rights, a Mitchell High School senior was named Lilly Scholar, the Hideaway was destroyed by fire, Cosner Ice was acquired by Arctic Glacier and a Bedford man was sentenced to prison after police find him with child pornography

On December 9, 2019, the Indiana Court of Appeals overturned the murder conviction of 31-year-old Joshua Risinger, who was found guilty of intentionally setting fire to his own trailer in order to kill 62-year-old Jeffrey Givan, in March 2017. Givan was disabled and unable to get out of the burning trailer.

In January 2019, Risinger was found guilty but mentally ill and was sentenced to 60 years in prison.

The Appeals Court ruled Risinger’s statement was “an unequivocal invocation of his right to remain silent pursuant to Miranda, and the detectives’ continuation of questioning thereafter was a failure to scrupulously honor that right.”

The Lilly Scholarship provides four years of full tuition, fees, and up to $900 for books and other supplies. The scholarship is good at any Indiana college of Willoughby’s choice.

Willoughby is the daughter of Damon and Michelle Willoughby. After graduation, she plans to pursue a degree in biochemistry at IUPUI or Purdue University. She hopes to land a career in medical research.

Willoughby is currently at the top of her class at Mitchell High School. She attends Mount Tabor Christian Church in Campbellsburg and works at the Bedford Teen Center, where she helps with tutoring and the art program.

A Bedford man was sentenced on December 9, 2019, to 13.5 years in prison on felony counts of child pornography.

Judge Plummer suspended 1.5 years which will be served on supervised probation and fined $185.

Edwards was arrested in March 2019, after Indiana State Police Internet Crimes Against Children Unit Task Force members executed a search warrant at Edwards’ home in the 2600 block of H Street. The search warrant was granted after they initiated an investigation following a cyber tip report from the National Center for Missing and Exploited Children.

In December 2019, Bedford-based packaged ice company Cosner Ice Co. Inc. joined one of the biggest ice-making companies in the U.S.

The financial terms of the deal were not disclosed.

Cosner Ice Co. Inc. was started in 1971 as an extension to the family’s grocery store, according to the company website. What started out as a side business quickly became the primary business. Today, Cosner Ice produces 240 tons of ice daily.

“We will be even better positioned, and with greater capacity and capabilities, to service our current and new customers in the mid-western marketplace,” said Jason Cosner co-owner of the company.

Arctic Glacier says the acquisition helps strengthen its presence in the Midwest. The company has purchased eight other smaller ice companies this year and 21 over the last three years.

Bedford Fire Department firefighters were alerted to the blaze at 2:35 a.m.

Nine firefighters from stations 1,2, and 3 responded with two engines, 1 rescue engine, and their ladder truck.

Fire Chief DeWayne Turpen reported the fire was under control by 4:30 a.m. The structure is a total loss. The fire investigators returned to the scene several days investigating the cause of the blaze which remains under investigation.