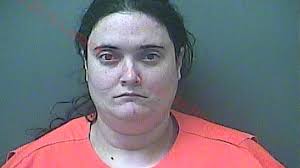 (LAPORTE) – A Nappanee woman will spend up to 39 years in prison in connection with the sex trafficking of a 12-year-old female relative.

38-year-old Kellie Cannon was convicted of aiding, inducing or causing child molesting and trafficking of a minor. A man charged in the case, Rusty Reuille, killed himself when officers showed up at his home with a warrant for his arrest back in May of 2018.

According to court documents, Cannon brought the girl to Reuille for $100 to have sex with her once a month. LaPorte County Police Capt. Brian Piergalski said there were at least four sexual encounters between Reuille and the girl.

Piergalski said the girl did not want to do it on most, if not, all of the occasions but she was enticed by Cannon with money and other things like promises to take her out for dinner and ice cream.