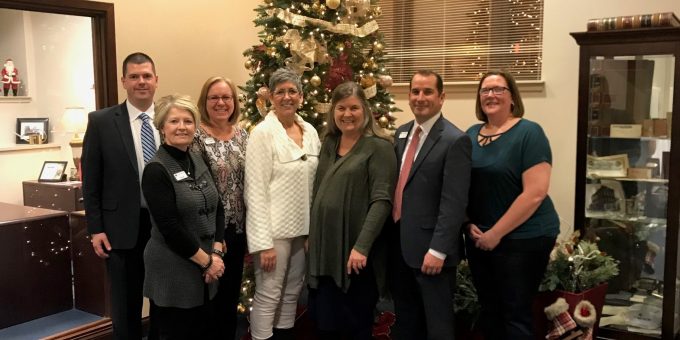 Kim Burgess brings more than 25 years of experience in non-profit and government program management. She has been recognized nationally for her leadership and contributions in Aquatics and the promotion of drowning prevention programs throughout the State of Florida. A native of Lawrence County, Kim returned to Bedford in early 2019 to be closer to family.

“We see the impact that the United Way of South Central Indiana has in this area. An open house seemed like a great way to both support and welcome Kim into her new role while giving those in Bedford and the surrounding area an opportunity to meet her,” says Nick Shafer, German American Bank Senior Vice President Senior Retail Officer.

Since 1924, United Way of South Central Indiana has been working to fulfill its mission, realize its vision, and demonstrate its values in Lawrence and Orange Counties by uniting people and resources. German American Bank is proud to support an organization that shares the common goal of building a stronger community.

German American Bank is a community bank with community values including people first, hard work, integrity, and pride. They opened for business in 1910 in Jasper, Indiana, and have grown since then to serve communities throughout the entire southern Indiana area and Kentucky.