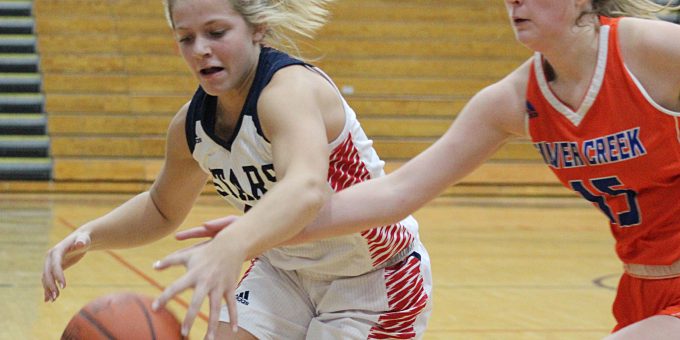 (BEDFORD) – For the first time since the 2003-04 campaign, Bedford North Lawrence will get a true holiday break. No games during Christmas week. No Who feast, not even a can of Who hash!

The Stars (8-4) probably deserve the respite. They’ve battled through one of the state’s tougher schedules, even going beyond the borders for elite competition. But that means Saturday’s matinee clash with Hoosier Hills Conference rival Madison has added importance.

Nobody wants to stew on a loss for 14 days. BNL won’t be back in action until Jan. 4, so the roast beast (or whatever the Stars will dine on) and the new year celebration will be more joyous with a victory over the improved Cubs. And nobody wants to hear the coach growl for those holiday practice sessions, either.

“We have an important game,” BNL coach Jeff Allen said. “We want to go into the break playing at a high level. We’re putting a lot of emphasis on this game.”

Madison (8-3 and off to its best start in five years, 3-1 in the league after Thursday’s 66-52 win over Jennings County) demands the attention. The Cubs have four returning starters from last season, including 6-1 junior Jade Nutley, who was a gem during last year’s clash with the Stars.

Nutley had 23 points during that 65-47 BNL triumph, one that is memorable for Allen (his 100th career coaching win). Nutley, who’s averaging 15 per game now, also made an impact during a recent win over Seymour with an impressive double-double of 22 points and 15 rebounds.

“They’re playing really well,” Allen said. “Nutley is one of the best players in the conference. She’s versatile, she can put the ball on the floor and she’s strong.

“It’s also a conference game, and we still want to be in the hunt. We’re right behind Jeffersonville (the league leader at 5-0, with remaining games against Seymour and New Albany in late January), so we have to stay there in case they should happen to lose a game.”

“They have good shooters, well rounded players,” she said. “You can’t take any of them lightly.

“It’s a tough road game, and we have to make sure we get off the bus ready to play. There’s no easy games in our conference.”

Game notes: BNL has won 13 straight games in the series. The Cubs are off to their best start since the 2014-15 season.