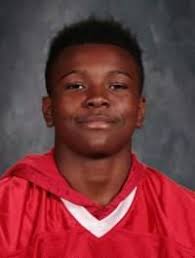 (GARY) — The family of a 14-year-old boy who died after being found unresponsive in a northwestern Indiana high school’s swimming pool has reached a legal settlement with the school’s district, the family’s attorney said Monday.

The settlement between the family of Curtis Walton Jr. and the Lake Ridge School Corp. is a good deal for both sides, attorney Chester Cameron told The (Northwest Indiana) Times, but he didn’t release any terms of the deal.

Walton died Sept. 12 after being found in a Calumet High School swimming pool following football practice. Trainers tried to revive the freshman, but he died at a Chicago hospital.

Cameron said the Walton family “doesn’t have any ill will or bad things to say about the school district.”

“We are so thankful this closing wasn’t long and that our family won’t have to experience the piercing pain and agony of reliving the moments of Sept. 11, 2019, through countless retelling of the details that led to our son’s passing,” the Walton family said in a statement. “There is nothing in this world that can replace Curtis and the bond we all shared as a family.”

Lake Ridge Schools Superintendent Sharon Johnson-Shirley said she is “relieved” the settlement has been reached.