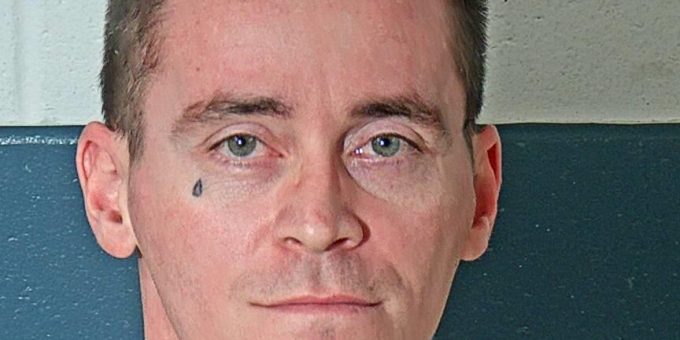 (BEDFORD) – A Mitchell man was sentenced to 3.5 months in prison on one count of attempted burglary, a Level 5 felony, on Monday.

31-year-old Michael Jarvis was sentenced by Lawrence County Judge John Plummer III. He was given credit for 97 days served.

Jarvis was arrested in March on two counts of burglary.

He pleaded guilty to one count of attempted burglary in November in a negotiated plea deal.

According to a probable cause affidavit, the Lawrence County Police Department received a message via Facebook from a female reporting that she had a video showing three unknown people trespassing on her parents’ property at 11 The Claim Road during the early morning hours of March 6th.

The female told police that her mother went to the door and asked ‘who’s out there?’ and that she saw the three males flee to the back of the property. Officials say that nothing was taken from the property.

The daughter posted the video on Facebook and received several private messages and comments on the video from people claiming to identify the males.

Two of the men were identified as Michael Jarvis and Jimmie Schofield.

Schofield was an inmate at the Lawrence County Jail. He was brought to Detective Trueblood’s office and was asked about the video. At first, Schofield denied being the male in the video but then admitted that it was him.

Schofield says he was the first person in the video and that the second was Anthony Burns and that the third was Jarvis.

Schofield told police that they went to the house in the hopes to get marijuana because the resident was allegedly a former marijuana dealer that Schofield had gotten marijuana from before.

When the lights came on at the residence, he said that they were spooked and ran off.

When asked about the handgun in the video, Schofield told police that the handgun was actually a toy gun with an orange tip. Jimmie was also asked about the item in his left hand, and he stated that it looked like a prybar and that “Doc” (the marijuana dealer) had a safe there that they were hoping contained weed.

When asked what the second individual was carrying, Jimmie stated it looked like a tire tool.

During the course of the conversation, Schofield was also asked about the third person in the video carrying a gun. Schofield looked at the video again and stated that it looked like a muzzleloader to him, but never factually stated that it was.

On August 28th, Schofield pleaded guilty to one count of attempted burglary. He was sentenced on September 26th to four years and 182 days to the Department of Corrections. He was given credit for 175 days.

On June 13th Burns pleaded guilty to one count of attempted burglary. He was sentenced to four years in the Department of Corrections. He was given credit for 78 days served.