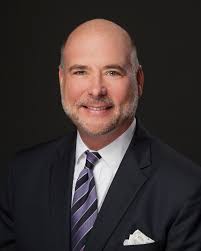 (WASHINGTON) – The Republican State Leadership Committee (RSLC) announced that Indiana House Speaker Brian Bosma will serve as chair of the RSLC’s 2020 efforts to elect Republican legislators and protect Republican majorities across the country.

Speaker Bosma, who was first elected to the Indiana House of Representatives in 1986 and has served as the chamber’s Speaker in six nonconsecutive terms (2004-2006 and 2010-present), has been a key partner of the RSLC in the two decades since the committee’s inception.

“Winning is our singular focus at the RSLC – and strong leaders like Speaker Bosma are the reason we’ve been one of the most successful political committees in the nation over the past twenty years,” said RSLC President Austin Chambers. “Speaker Bosma has played an integral role in our work to recruit and support great Republican candidates in Indiana and in states across the country. We’ve been grateful for his leadership in our organization and we’re proud to work with him in an even closer capacity in this all-important upcoming election cycle.”

RSLC Chairman Bill McCollum added, “Nearly a decade ago the work of this committee helped to secure historic gains for Republicans in every corner of the country – victories that will require us to do more next year than we ever have before to protect them. We’re proud to have a strong Republican like Speaker Bosma spearhead those efforts in the coming months. He’s been a great friend of ours over the many years he’s served the people of Indiana, and I know that he’ll bring that same great leadership to our team.”

Earlier this year the RSLC launched its major redistricting initiative, Right Lines 2020, to secure fair, legal, and constitutional districts after the next Census. Expert, public estimates have predicted that the results in as few as 42 state legislative seats could determine as much as a 136-seat swing in the U.S. House of Representatives for the next 10 years. With such a drastic potential swing at stake, the RSLC will help lead the Republican Party’s unified efforts on redistricting by supporting state Republicans across the country.

“The RSLC has been one of the most important supporters of state legislators in the country, and in these critical elections ahead, our work together has never been more crucial,” said Speaker Brian Bosma. “I am ready to help lead the RSLC’s efforts to win the critical elections we need to prevent left-wing legislators from gerrymandering themselves into permanent majorities in our states and in Congress. We have better candidates than our opponents, we run smarter campaigns than our opponents, and we have a better message than our opponents – I’m excited to get to work.”