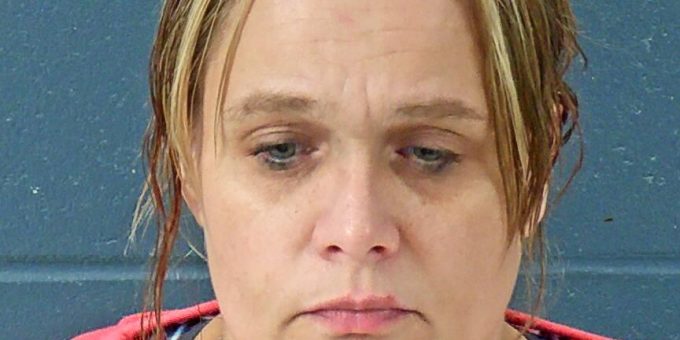 (BEDFORD) – A Bedford woman was arrested Friday night on a warrant after she allegedly burglarized and stole money from the safe at Hardee’s.

Bedford Police officers arrested 42-year-old Tabitha Burton, of 411 17th St., on Friday on charges of theft, burglary, and another warrant for petition to revoke.

According to a probable cause affidavit, on December 6, 2018, Bedford Police officers were called to Hardee’s after the manager entered the building and found the safe behind the counter door standing open and the cash missing.

The registers had not been touched. The suspect did leave behind several rolls of coins in the safe.

When the manager went to check the video she found the cameras had been unplugged.

The manager told police she believed an employee stole the money. She said the employee had been acting suspicious, missed several shifts and has a criminal record.

The manager said Burton had keys to the store and had access to the restaurant’s alarm system and safe.

Police discovered from the restaurant’s alarm company that Burton had used an alarm code assigned to her to open the door at 12:16 a.m. on December 6, 2018.

The manager told police the restaurant had closed the night before at 10 p.m. and no one should have been in the building.

Police viewed the video before it was unplugged and it showed a person, dressed in camouflage with their face covered, enter the building and enter the alarm code in order to shut off the alarm. The person then unplugged the surveillance video system in addition to a radio system that plays music in the restaurant.

While watching the video the manager and assistant manager were able to identify the person as Burton by her build and mannerisms. They also told police they had seen Burton in those same camouflage clothes.

At 12:19 a.m. that same day, a Bedford Police officer stopped a silver 2011 Nissan driven by Tremoun Cowan who had been circling the block at 16th and O streets and 17th and N streets. The officer stopped the driver because the vehicle had a headlight out.

At 12:32 a.m. Bedford Police received a call about a suspicious female dressed in camouflage between houses in the 1500 block of 17th Street. The caller reported that the woman got into a silver Nissan with the headlight out. The caller later picked Burton out of a photo line up.

Another Bedford Police officer stopped the vehicle at 1:09 a.m. after noticing the vehicle had a headlight out. This time Burton was driving and was still dressed in camouflage. She told police she had just dropped Cowan off and that she was not the woman seen in the caller’s yard.

A few hours later a detective found Burton and another male changing the headlight in the parking lot of Walmart.

Police later went to a home in the 2110 block of H Street and spoke to Burton’s husband who was smoking on the porch. Police say he was acting nervous and suspicious. The male told police he had paid for part of the headlight and Burton had paid for the rest. The male was asked to contact Burton because officers wanted to speak to her.

Burton called the police department and told the detective she knew nothing about the theft at Hardee’s and that she was not involved. She told police that Cowan could be involved and named a few other people to investigate. Burton told police she was not the person in the caller’s yard and that she did own camouflage which was given to her as a gift a few days before from her boyfriend. She then told police they could speak to her attorney before she hung up.

On December 14, 2018, a detective obtained Burton’s bank records at Jackson County Bank and learned that Burton had bounced a check for $1,300 to an Indianapolis attorney on December 3, 2018. That attorney told police that Burton had promised to bring him cash to cover the bounced check but she had never paid him.

On January 3, 2019, Bedford Police arrested Tremoun Cowan. He told the detective on the day of the robbery that Burton and her husband had gotten into an argument and he had picked her up and took her to Thornton Park because she wanted to go for a walk. He then went to see his children who live on Washington Avenue near the old Pappa’s Restaurant. Cowan says he then returned and was driving around looking for Burton. That is when he was stopped for having a headlight out. He told police he then picked up Burton and they switched seats so she could drive.

Cowan told police he knew nothing about the missing money but that Burton did tell him she needed money because her husband had taken all of her money.