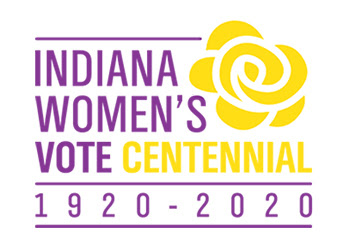 (UNDATED) – The Indiana Women’s Suffrage Centennial Commission, which was established to commemorate the upcoming centennial anniversary of the ratification of the 19th Amendment in 2020, is organizing a number of activities and events to celebrate the important milestone in the state’s and nation’s history, as well as highlighting the individuals and organizations that played an instrumental role in securing women’s right to vote.

In order to increase visibility and awareness of the 100-year anniversary, the commission has launched a website, in partnership with Indiana Humanities, to house resources, recent news and upcoming events.

The commission encourages local communities and organizations, including libraries, across Indiana’s 92 counties to commemorate the centennial anniversary of women’s right to vote in their own way as well. Events or activities celebrating Hoosier women winning the right to vote can be submitted to the commission for inclusion on the website’s master events calendar.

Read more about the centennial here. Click here to read about the individual members of the Indiana Women’s Suffrage Centennial Commission.