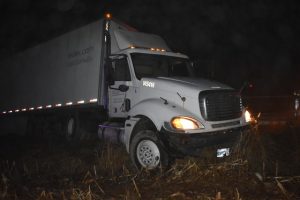 According to Indiana State Police 53-year-old Robert Bell, of Radcliff, was driving a semi pulling a trailer near the 45- mile marker near Seymour when it traveled off the west side of the interstate before coming to stop just off the roadway.

Troopers and other first responders arrived and began administering CPR to Bell, who was unresponsive. He was transported to Schneck Medical Center, where he was pronounced dead.

Investigators learned that Bell was on the phone with someone just prior to the crash and indicated he was suffering from a medical emergency. Evidence from the scene indicated that the crash itself did not appear to be the cause of Bell’s death.