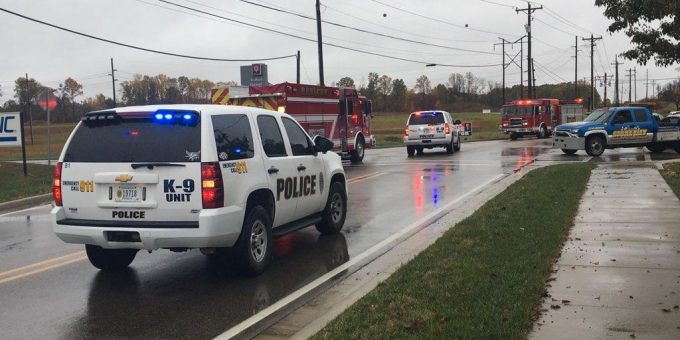 (BEDFORD) – One person was injured in a three-vehicle crash at Plaza drive and Michael Avenue Tuesday afternoon.

According to a Bedford Police Department report, 56-year-old Sheir Epperson, of Mitchell, had to be freed from her black 2011 Ford Fiesta by Bedford Fire Department first responders.

Police say Epperson was dazed and confused possibly from losing consciousness. She did complain of head, neck and back pain. She was taken by ambulance to IU Health Bedford Hospital.

Police say 32-year-old Jamerson Grace, of Bedford, was stopped in his 2015 Hyundai Accent on Michael Avenue at the stop sign waiting for traffic on Plaza Drive to clear. Epperson was traveling south on Plaza Drive. Police say 55-year-old Bridgid Thomas, of Bedford, was traveling west in a 2017 Jeep Compass on the access Road on Michael Avenue and pulled into the path of Epperson’s car. After the initial impact, Thomas’ Jeep hit Grace’s car.