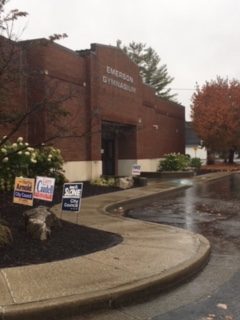 The rain kept voting turnout down at the Lawrence County Courthouse and Emerson Gym in Mitchell on Saturday.