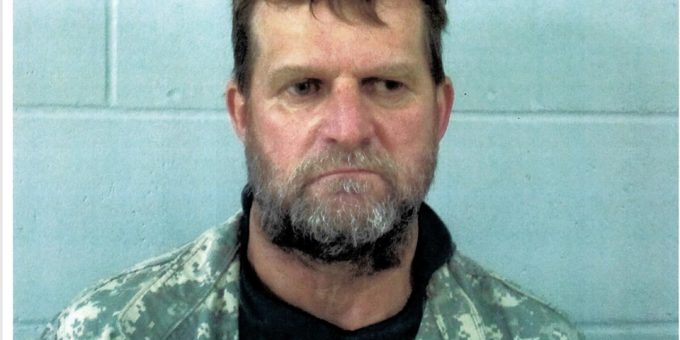 (SHOALS) – Since Friday, Oct. 4th, deputies and reserve officers from the Martin County Sheriff’s Department have been on the lookout for James “Mike” Hert.

Officers began searching for Hert after he cut off his electronic home detention ankle bracelet at 6:05 a.m. on Friday, Oct. 4th, threw it in the yard and fled his home in Shoals.

The Martin County Sheriff’s Office received multiple tips from concerned citizens regarding the possible whereabouts of Hert during his elusion from authorities.

Martin County Sheriff Travis Roush, Chief Deputy Josh Greene, and Deputy John Wright began a multiple-hour search of a wooded location by tracking footprints they believed belonged to Hert. The search ended with Hert’s capture on a Level 6 felony charge of escape, and a new charge of possession of meth. Hert is being held at the Martin County Security Center without bond.

The Sheriff’s Department extended their gratitude for the cooperation received from the community.