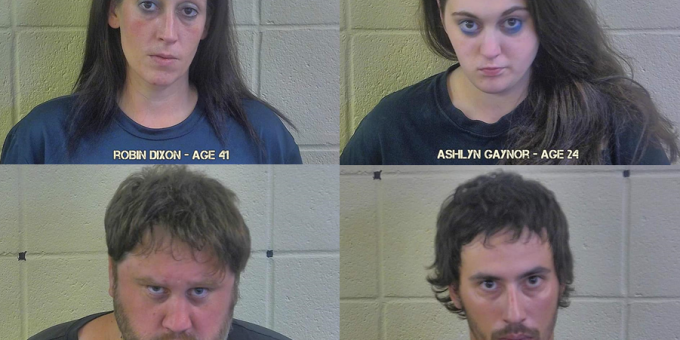 (FERDINAND) – Four people were arrested after Dubois County Sheriff’s deputies got a tip about drug activity over the weekend at a home in the 10,000 block of County Road 50 West in Ferdinand.

Authorities say three of the four tried to run from deputies when they arrived on at the home.

During a search of the home, police seized more than 55 grams of meth with a street value of around $2,000.

Police arrested Robin Dixon of Ferdinand on charges of dealing and possession of meth and maintaining a common nuisance. He was also wanted on a warrant out of Dixon had a warrant out of Hancock County, Kentucky on drug charges.