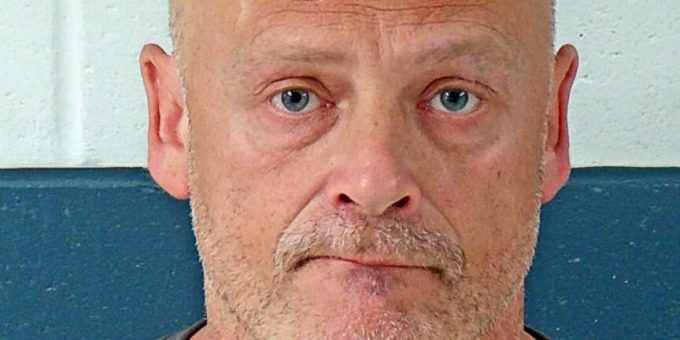 (BEDFORD) – A Heltonville man was arrested Friday afternoon when Bedford Police officers were requested to the 300 block of M street after a report of an unwanted male at the location.

Officers arrived and spoke with the complainant and located 50-year-old Lloyd Johnson, who was wanted on a warrant.

“Officers found Johnson had several pills in his pocket that he did not have a prescription for,” says Bedford Police Chief Terry Moore. “Those pills were identified as a legend drug and not a scheduled drug.”