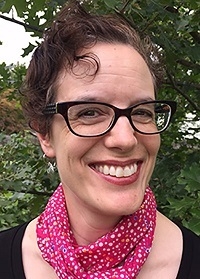 (BLOOMINGTON) – Bloomington City Council Representative Isabel Piedmont-Smith of District 5 will hold her monthly constituent meeting this Saturday, from 11 a.m. until Noon in the Kelly Room (room 155) of Bloomington City Hall.

The meeting will feature a discussion of issues currently before the City Council, including the 2020 budget, and also leave time for issues brought forward by attendees.

Piedmont-Smith will present a resolution she and colleagues have drafted to recognize the second Monday in October as Indigenous Peoples Day in Bloomington.

“Our state name means the ‘land of the Indians,’ but we know that European settlers displaced many American Indian tribes or First Nations since the 18th century,” said Piedmont-Smith. “This resolution is a small step toward recognizing the legacy of these native peoples, their continued cultural impact, and the history of mistreatment in the state and region that we are still working to overcome.”

All city residents are welcome to attend Councilmember Piedmont-Smith’s meetings, which generally occur on the last Saturday of each month, from 11 a.m. until Noon at Bloomington City Hall.