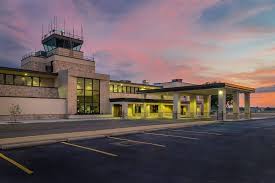 (TERRE HAUTE) – The Terre Haute Regional Airport has received an $855,000 federal grant to build new hangers and a taxiway at the airport.

The goal is to attract more people and bring more corporate airlines to the area.

The taxiway will extend from the six new hangers that are being built to the main runway.

The goal is to bring more corporate airlines to the area.

“A lot of people know we’re the third busiest airport in Indiana. Just because we don’t have commercial aircraft doesn’t mean you’re not busy, and then also we have the fourth longest runway in the state as well, so we can land any type of aircraft here,” he added.