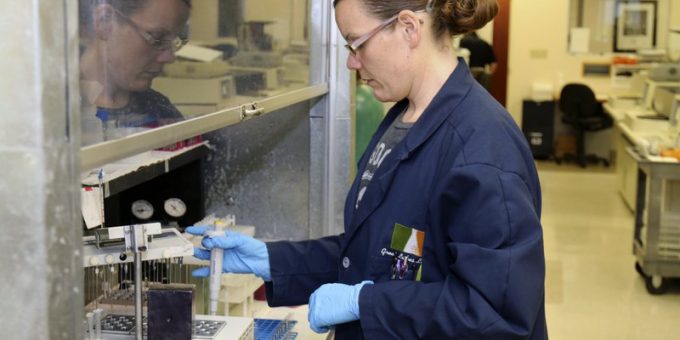 (VALPARAISO) — The juvenile court for northwestern Indiana’s Porter County is partnering with a laboratory to offer genetic testing for young offenders to help see what psychiatric medications might help them.

“Mental health for our kids is really, really important for us because they grow up,” Porter County Circuit Court Judge Mary Harper said. “We need to help them, and we need to help our community, by helping our kids come out as healthy as possible.”

Pharmacogenetic tests analyze patients’ genetic codes to decide which medications are more likely to be ineffective or cause damaging side effects. The testing is also done on drugs to treat conditions such as heart disease, pain, and erectile dysfunction, but Porter County intends to use the psychiatric screening to address the high rate of mental health disorders among its juvenile offenders.

Officials estimate that 70-80% of youths who enter the court system struggle with mental illness.

Amy Beier, executive director of the county’s juvenile services, said the testing could be a “game-changer.”

The county hopes to start offering the testing Nov. 1.

Some in the medical community consider the tests unsubstantiated because of a lack of a research. The U.S. Food and Drug Administration has cautioned the public that the agency has not evaluated many of these tests and therefore they “may not be supported by clinical evidence.”

Michelle Volk, president and CEO of Great Lakes Labs, called pharmacogenetics one of the most significant developments she’s seen in her four decades in the testing field.

Juvenile justice officials are still deciding how to fund the program. They have secured some county money and are looking into possible state and federal subsidy opportunities. The tests cost roughly $300 apiece, but the price should be deemed an investment, Cox said.

“We think we’re onto something here, and we think we’re going to make a difference in some of these kids’ lives,” he said.