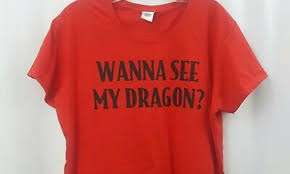 (MORGAN CO.) – The Sheriff’s Department in Morgan County is asking for the public’s help in identifying a homicide victim found on Friday.

Police say the homeowner found the body on the east side of the road in a wooded area while walking their dog. Sheriff Richard Myers says the body had been there for about a week and was badly decomposed.

An autopsy was performed Saturday evening and ruled the death a homicide. The male died from a gunshot wound.

Police are attempting to identify that male. He is caucasian, between the ages of 25 and 40, 150 to 180 pounds with long dark hair and both ears pierced.

He was wearing white canvas Converse shoes and a T-shirt similar to the one in this picture.

Sheriff Myers says the victim had unique stud earrings and hopes to release images of what they looked like this week to help with the investigation.

Sheriff Myers is reaching out to area police departments and the Indiana State Police for their assistance to see if the victim matches anyone missing in surrounding counties.

“Unfortunately, we don’t have much to go on right now and our victim is our priority,” said Sheriff Myers, “Find out who it is, that’s the challenging part so we can start backward and talk to people who knew him and last seen him.”

Anyone with information regarding this investigation is encouraged to contact Crime Stoppers at 317-262-TIPS (8477). You can remain anonymous or contact the Morgan County Sheriff’s Department at 765-342-5544.