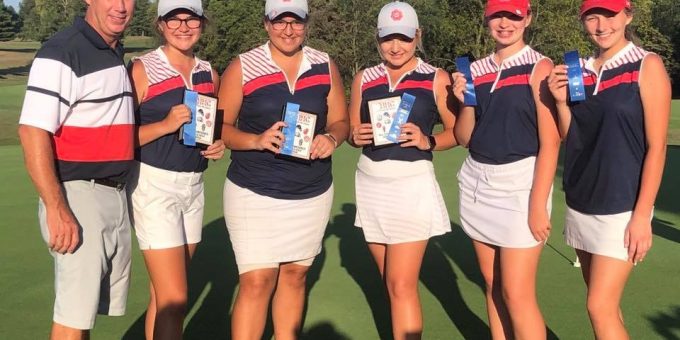 The Stars, with three players earning All-HHC honors, carded a season-best 330 to conquer No.19 Floyd Central by 25 shots at Sunrise Golf Course in Madison.

“This was the day we’ve been looking for a long time,” BNL coach Aaron Sanders said. “Our top three came together, we got somebody else under 100, and that’s what we’ve been waiting for. It just came at a good time.”

“They just kept the ball in play,” Sanders said of his top trio. “They got off to good starts, stayed away from the penalty shots. They were just feeling it. Everybody was solid around the greens.”

Samantha Biel capped the BNL scoring with 99. Sanders was named Coach of the Year.

The Stars will conclude the regular season with Brownstown, Salem and Springs Valley on Thursday at Otis Park.