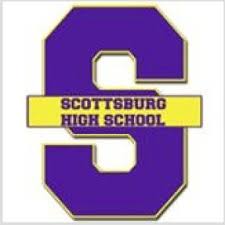 (SCOTTSBURG) – Indiana State Police arrested a 15-year-old Scottsburg High School student after he allegedly called in a bomb threat to the school on Monday morning.

At approximately 9:45 a.m., Scottsburg High School authorities were alerted to a possible bomb threat when a student received a text stating a bomb had been placed in a school locker.

Officers utilized bomb-sniffing dogs to search and clear the building.  Police eventually determined the threat to be a hoax.

Working alongside Scottsburg school resource officers, ISP Detective Matt Busick ascertained the threat was transmitted via a texting app which is sometimes used in an attempt to disguise the sender.

Detective Busick was later able to associate the text with a 15-year-old Scottsburg student, who was then questioned.

As a result of the investigation, Detective Busick arrested the student at approximately 2 p.m. and transported the teen to the Clark County Juvenile Detention Center.  The student is charged with Intimidation, a Level 6 felony.