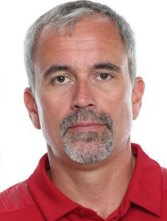 According to the press release, Westphal was fired due to information in a probable cause affidavit from Bloomington Police Department.

Westphal is facing a misdemeanor intimidation charge after making alleged threats against another swimming coach.

At the time of his arrest Indiana University Athletics released a statement regarding the charge against Westphal: