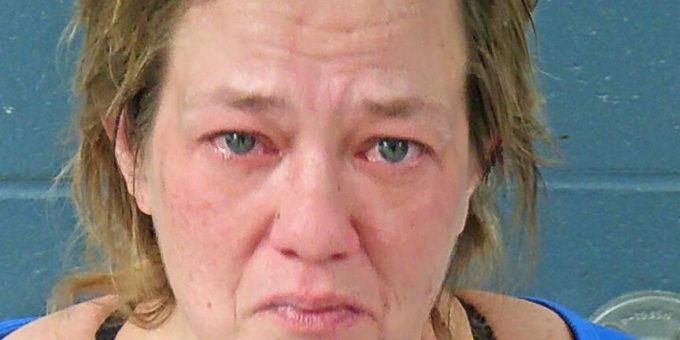 (BEDFORD) – A Bedford woman was arrested after police found her slumped over the steering wheel of a vehicle in the area of 14th and L streets on Friday afternoon.

Bedford Police officers responded to that area after a call requesting to do a welfare check on the woman at 3:29 p.m.

According to Chief Terry Moore, Ikerd showed the usual signs of being intoxicated.

“Officers located several pill bottles identified as a Schedule III controlled substance,” says Chief Moore. “Ikerd did not have a valid prescription for the medication. She was transported to the station for processing and then to jail. A short time later, a member of the jail staff called to notify us that they had located more pills on Ms. Ikerd.”

Ikerd is facing charges of public intoxication, trafficking with an inmate, possession of a controlled substance.