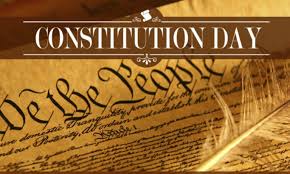 (UNDATED) – 54 judicial officers from across the state will meet with over 4,000 students to celebrate Constitution Day in September 2019.

Indiana courts commemorate the signing of the U.S. Constitution on September 17, 1787 with a program that brings judges into schools.

The following judges are visiting schools sometime around Constitution Day.