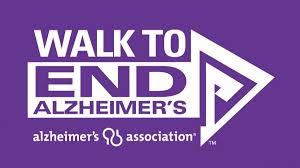 (INDIANAPOLIS) – The Alzheimer’s Association® invites Bloomington-area residents to join the fight to end Alzheimer’s by participating in the Walk to End Alzheimer’s Sunday, Sept.15 at City Hall Plaza in Bloomington. Funds raised from the Walk will support critically needed research, as well as local education and support programs. Onsite registration for the event begins at 12:30 p.m.

Participants will also honor those affected by Alzheimer’s disease with Promise Flowers during the poignant Promise Garden Ceremony – a moving display of hope to represent the personal reasons participants join together to fight Alzheimer’s.

“The Walk is a meaningful time where families and friends come together carrying various colors of flowers representing their reason for standing up to end this disease,” said Kyle Davern, Manager, Walk to End Alzheimer’s – Bloomington. “There’s so much energy and excitement as dedicated team captains celebrate their fundraising efforts while fighting for Alzheimer’s first survivor.”

Participants are encouraged to pre-register online for free at alz.org/indiana/walk. For Walk updates, participants may visit the Greater Indiana Chapter on Facebook, Twitter and Instagram at @alzindiana and join the Bloomington Walk to End Alzheimer’s Facebook group at facebook.com/groups/bloomingtonwalk.

The Alzheimer’s Association is the leading voluntary health organization in Alzheimer’s care, support and research. Our mission is to eliminate Alzheimer’s disease through the advancement of research; to provide and enhance care and support for all affected; and to reduce the risk of dementia through the promotion of brain health. Our vision is a world without Alzheimer’s®. Visit www.alz.org or call 800.272.3900.