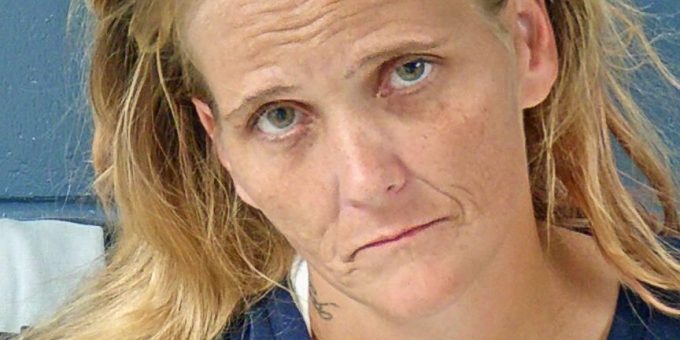 (BEDFORD) – A Martinsville woman was arrested Friday afternoon after a Bedford Police officer stopped her for a making an unsafe lane movement.

After stopping the vehicle, they discovered 38-year-old Katherine Lebo was driving on a suspended driver’s license with a prior conviction.

According to Chief Terry Moore, Lebo gave officers consent to search her vehicle. During that search, officers found a glass smoking device with a crystal-like substance that field-tested positive for meth.

Police arrested Lebo on charges of possession of meth, possession of drug paraphernalia, and driving with her driver’s license suspended with a prior conviction. She was also cited for expired license plates and false and fictitious registration and unsafe lane movement.