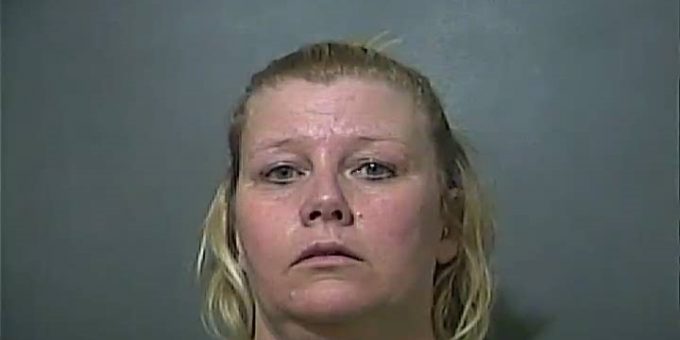 (VIGO COUNTY) – A Terre Haute woman is behind bars on child exploitation charges.

However, those photos reportedly weren’t of her. They were his teenage daughter.

Police say the pictures were used as blackmail to get back at her ex. Documents allege Wible threatened to distribute the pictures to even more people unless he “destroys another person.”

A no-contact order was issued on Tuesday. Wible is in the Vigo County Jail on a $100,000 bond.